It’s Friday and I have an acre and a quarter of grass that I want to mow by tomorrow.  All I have are two push mowers, and one of them is shit.  Tomorrow is Saturday and I should just hide under the blankets, hope for favorable treatment from Mrs. M, then go back to sleep, sleep in, and rest, until the kids and the dog bring us our breakfast in bed.  But I’ve got shit to do, so we’ll fake it if we can, and I’ll accept whatever treatment comes.

The problem is not that I’m depressed, although you could probably prove that if you wanted to.  There’s enough shit in my life for three people, and I know damned well that other people have things much worse in their lives.  I can’t be depressed though.  I shouldn’t be.

The problem is, in part, that I’m IN a depression.  There’s a fucking tropical depression sitting outside this building I work in, pissing buckets of wetness all over the grass which makes it 1) grow faster, and 2) harder to fucking mow because it’s heavy, wet  and clumpy, sticks like gross green painted textured glue to the undercarriages of the mowers and has to be scraped off like shit off a shoe, only heavier because have you tried to lift a lawn mower?  My boots are heavy enough.  Less smelly though.  But even heavier because of the weight of the clumpy wet shit, and harder to get off because of the dull blade in the way.

I refer of course to my dad’s old mower that cuts only slightly better than a spinnning stick because he hasn’t sharpened it in years and has a stick and a scraper he used to use to “clean it out” when he was mow-tivated to mow, and to my new-ish mower I got probably 8 years ago that’s never even had a tune up.   That’s one of the reasons I shouldn’t be depressed, or two if you think of mine that still starts on the first pull, and his as a back up in case mine eats rocks and trees and dies.  Another is that it’s raining so I “don’t have to mow the grass,” except I DO have to mow the grass, but I have to do it later than I want, possibly sometime next week if I can fit that into the schedule, after the jungle has sprouted in my dad’s back yard but it’s drier.

I finally saw Moana last night, with The Rock, who sounded wimpier and more like Jack Black  than Dwayne Johnson to me.  Who the fuck cares about the rest of the cast?  Whatever.  I don’t get excited about a 12 year old princess character or a slightly curvier goddess character.    And I was disappointed not because of the “offensive obesity of the Polynesian god character” portrayed by, um, we’ll go with, “Po.”  If you haven’t seen it, this is your only spoiler alert.  Stop reading now.  No, really, right now.  Don’t read another word.  I was disappointed because he was a little bit wimpy and a little abusive through a lot of the movie, and I hope Dwayne hasn’t gone that way.  I’m sick of wimpy guys who act more like impotent slugs than men, or, wimpy guys who abuse women because they have no fucking control over themselves.  If you’re playing one of those characters, fuck you.  That’s right, Dwayne, or Jack Black, or whoever the fuck you were.  And even worse, Chief Tui, who 1) sounds like something I spit out, and 2) was wimpier than the fucking chicken.  LAME.  I don’t need to see more metrosexual, non-sexual guys to train myself to wimp out.  I already WANT to quit. Sometimes.  Except, not really.  I want to be a fucking bathed-in-the-blood-of-my-enemies- killer-warrior-beast.  But for that I have to be a lot stronger a lot more often.  In my movies I want to see more guys with real character, strength, integrity, virtue, principles, something women and kids can look up to that’s noble, instead of just bull.  And no more wimps who are afraid to fight and let their kids walk all over them and their women do all the fucking work.  Lazy ass holes!  Stop acting like scared little boys and helpless little women, and be fucking MEN!

The randomness of the reference isn’t entirely random.  Nature isn’t some tame, sweet, almost curvy jailbait looking immature girly goddess Te Fiti, nor some horrible, raging, fire-throwing heartless bitch, most of the time, and ocean and lake and river water isn’t a mischievous but well-meaning semi-animate-life-force-y thing.  Nature has a few really good days, like it’s partly cloudy but mostly sunny and you can wear your hottest bikinis without getting a wicked sunburn, ladies (please!), and I can go (sigh!) mow fucking grass all day and finish the whole damned acre and then some and not have time to watch you ladies being all perfect as you all always are.  And then nature has a few randomly really shitty days, like scorching heat and drought, famine, freezing icy snow and avalanches, earthquakes, volcanoes, wind, tornadoes, hurricanes and tidal waves and mudslides and other killer-type shit. (Oh, my!)  Most of the time, nature is not growing pretty edible plants without provocation, she’s spreading damned thistles, thorns and weeds on autopilot.  And randomly raining at times when, just coincidentally, I’ve gone to mow the grass or trim the hedge at Mum’s or tried to plant one of the trees Mrs. M bought when she forgot about her tendencies toward a black thumb.

Nature?  She’s not always a murderous bitch, she just makes us mere mortals fight the pricks and feed our food plants plant food, or she makes those tiny, while growing weeds and thistles and other nuisance-trees and plants fucking HUGE without any plant food (why the fuck can’t it be the opposite?!).  And she loves killing Mrs M’s trees and rosebushes.  If I want a garden I have to fight the damned thistles for it.  And I do want a garden, not because it’s therapeutic, but because I want more food!  And water?  If you’re not careful it’ll swamp your yard, your house, and your car and leave you waiting on the roof for the rowboats or the helicopters, or worse, take you out for a ride on the riptide, or worse, just fucking kill you.  Yeah, that’s pretty fucking “mischievous and well-meaning,” isn’t it?

No, I shouldn’t be depressed, there are too many good things.  Well, semi-good.  Coffee is right up there, fighting for the top spot on the list.  My wife is beautiful, my kids are above average, and they should make me feel a smug self-satisfaction from being just a little bit more beautiful and above average than the average at Lake Woebegone.  I just wish the kids were a little more willing and able to help now as they’re home for the summer from high school, and a little less spongy and messy.  And I wish my lovely wife were a bit more than just a tempestuous tease; I wish she’d put the effort she wastes trying to be perfect (which she’s pretty close to) and trying to make everything perfect and bitching because I’m not, and her kids are not,  and becoming exhausted trying to chase the “Stepford” ideal, into say, putting out vibes of lust, unbridled passion, more frequent nudity, steak dinners, and cleaning the damn dryer lint.  When she’s awesome, she’s awesome, and a bottle of something somewhat less intoxicating than her lips came home with her last night from the store, and I will have to have some of that tonight.  And then there’s the way she handled an extra crisis for me while I was at work.  It was a personal crisis for me, and she just said, I’ve got it.  And $75 later, I could drive on something safer than that stupid baby-spare tire.  The ruined tire was old and dry-rotted, which makes me wonder what the one on the other side looks like on the inside.

The rain seems to have subsided while I was busy working, in between bouts of bitching about the rain.  My dog is probably suffering canine PTSD, really, seriously, he hates the rain more than me.  He’ll hide in the bathroom or under my desk at home if it rains, and God forbid it should thunder.  The rain all day kept making me think, “Go home, fucking tropics! You’re drunk!”

But all I can think of now that it’s not raining all I can think of is that I have to mow my own grass, and it’s too damned wet, and I have to mow mum’s grass and trim her hedge and that’s too damned wet and I hope it all dries out tonight.  But not me.  In between thinking about the stupid wet grass I have to mow, and the trees I have to plant so they can get busy dying, I started thinking about the bottle at home, and I’m now starving and wondering what’s for dinner.  (steak and true and reciprocal love?)  So, I’m done here at work, and I’m thinking, “Go home, Deon, you fucking idiot! You’re not drunk!”

Those lips though, I’m a little tipsy just thinking about them.

Have a great weekend.  I hope I do, too!  I might let you know.  I might not let you know, though.  Because if something good happens and I talk too much about it, it may never happen again.  I may just quietly celebrate.  If it doesn’t happen, you’ll (probably) be the first to not know. 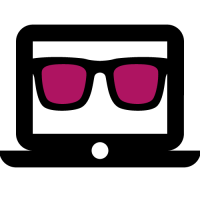 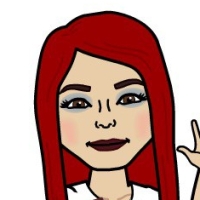